In this chapter we give an overview of selected applied interactive statistical visualizations demonstrating practical outcome from our Geovisual Analytics research.

Advances in web-enabled graphics technologies have made a dramatic impact on developing highly interactive Geovisual Analytics applications for the Internet. An emerging and challenging application domain is geovisualization of regional (sub-national) statistics. Higher integration driven by institutional processes and economic globalisation is eroding national borders and creating competition along regional lines in the world market. Sound information at sub-national level and benchmarking of regions across borders, therefore, has increased in importance in the policy agenda of many countries.

The European Union places considerable emphasis on cohesion policy, with the objective of bringing Europe's regions and cities closer together in economic, social and environmental spheres.

The European treemap visualization  shows hierarchies in which the rectangular screen space is divided into about 280 European NUTS2 regions. Each region belongs to a country in the hierarchy. The colourful presentation accommodates a large number of statistical data items in a meaningfully organized display allowing patterns and exceptions to be spotted immediately. The size of the rectangle refers to "Total Population" while the colour attribute represents elderly population in Europe "age group 65+ in %".

When the colour and size dimensions are correlated in some way with the tree structure, one can often easily see patterns that would be difficult to spot in other ways, such as if a certain colour is particularly relevant. We see that Germany has a high rate of eldery people while, for example, Poland in blue colour has a younger representation

Another advantage of the treemap below is that, by construction, it makes efficient use of space and can display a large number of data items on the screen simultaneously. 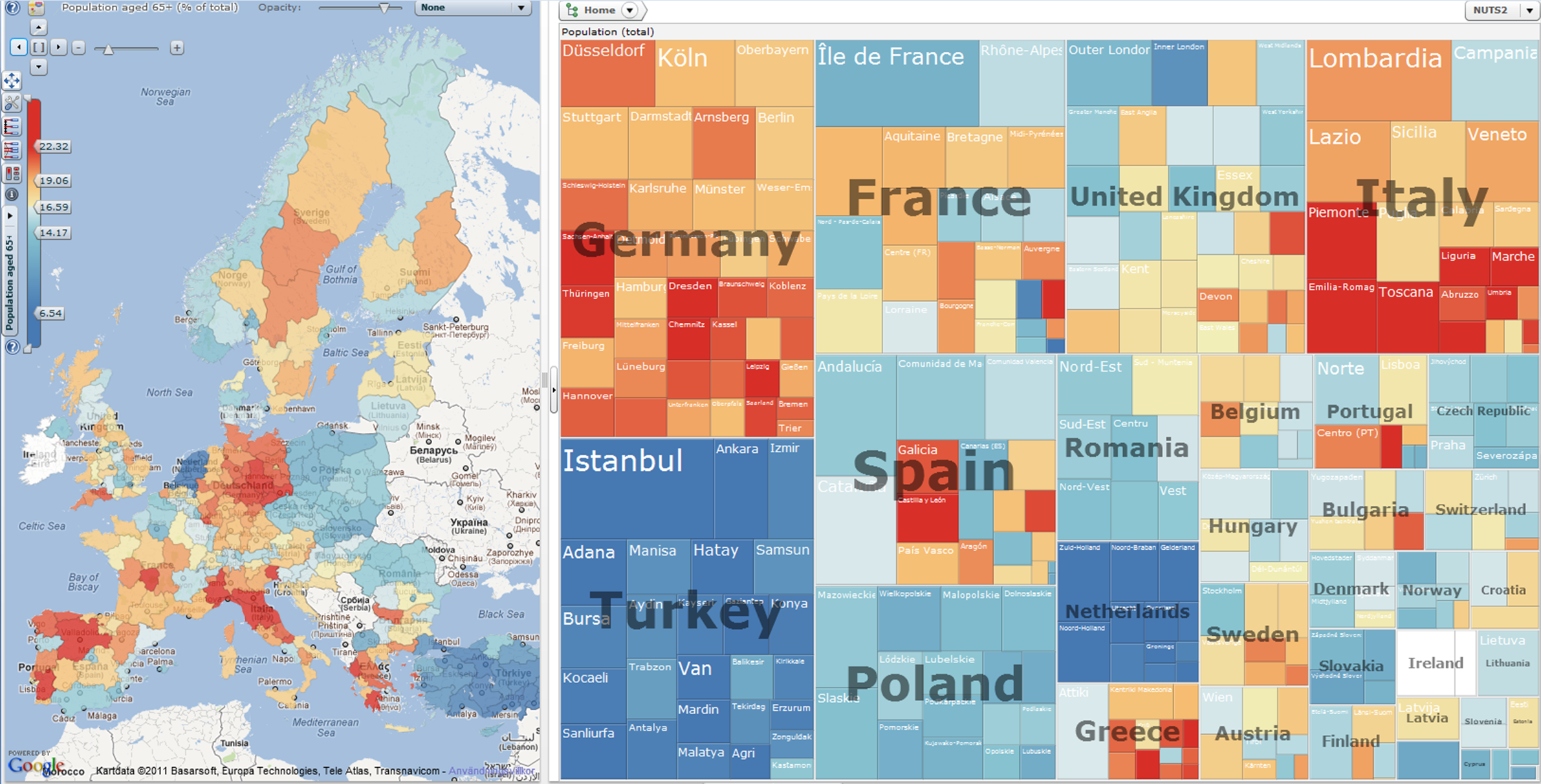